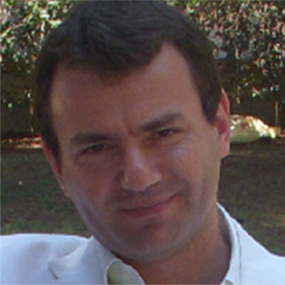 Email: This email address is being protected from spambots. You need JavaScript enabled to view it.

Efstathios Fakiolas is Assistant Professor of International Relations in the Department of Political Science and International Relations (PSIR) at the University of the Peloponnese. Also, he is an adjunct academic staff of the Hellenic Open University, and a tutor-researcher in the Erasmus+ Jean Monnet Module European-focused Policy Analytics (EuroPolA) project. He holds a Ph.D. from the Department of War Studies, King’s College London, M.A. in International Relations and Strategic Studies (Merit) from Lancaster University, Master’s degree in International Politics and Security (Distinction) from the Athens Panteion University of Social and Political Sciences. He graduated summa cum laude (9.32) in International Studies from the Athens Panteion University. He was a recipient of several fellowships and grants, among others, from the Greek State Scholarship Foundation, Onassis Foundation, NATO, MacArthur Foundation and DAAD. He was a researcher in a number of research projects and served on a short-term basis with OSCE and the Greek Ministry of Foreign Affairs. His written works involve an authored book titled How a Small State Expands. Grand Strategy and Greece’s Territorial Expansion in the Balkans and Asia Minor (published by Nova Science Publishers) and authored or co-authored articles, among others, in Market Without Borders (Greek) Greek Review of Political Science (Greek), Greek Review of Social Research (Greek), Social Sciences Tribune (Greek), East European Quarterly, European Foreign Affairs Review, European Security, Journal of Slavic Military Studies, Journal of the Hellenic Diaspora, Korean Journal of Defense Analysis, Mediterranean Quarterly, Perspectives on European Politics and Society, Southeast European and Black Sea Studies. Prior to joining the Department in December 2013, he worked for twelve years as an analyst and deputy manager in the Strategic Planning, Analysis and Investor Relations Division at ATEbank, and in the Economic Analysis & Market Division at the Piraeus Bank Group.