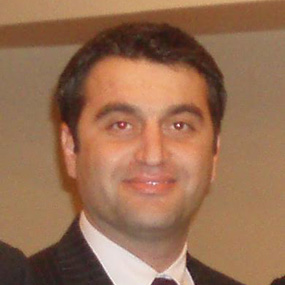 Dr. Evaghoras L. Evaghorou comes from Famagusta, Cyprus. He grew up in Larnaca where he graduated from High School. Following he served in the military as Reservist Second Lieutenant (1994-96). He received a degree in Economics from the Aristotle University of Thessaloniki (2000). He went on to receive an MA degree in Finance and Investment from the Business School of Nottingham University (2002). He then received a Ph.D. in International Relations and International Political Economy from the University of Macedonia (2005).

His academic and research interests focus on the theory of International Relations and International Political Economy, the strategic analysis, the energy issues, the theories of European integration, the Greek-Turkish relations and the Cyprus issue.

He is the author of the book “Greek-Turkish relations from 1923 till present: Theory of International Relations and Strategy”, in Greek. He has also published numerous articles in the areas of his academic interests in international and local academic journals and he has made several announcements in academic conferences. In addition, he gave presentations and speeches and has written articles in newspapers relating to his academic background. He was president of the Center for International Politics Thessaloniki from 2006 until 2012.