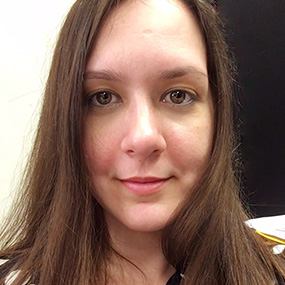 Having completed her Bachelor of Laws (LL.B.) and a Master of Laws (LL.M.) in public international law at the National and Kapodistrian University of Athens, Law Faculty (Greece), as well as, a Master of Laws (LL.M.) at the University of Pennsylvania, Law School (USA), she has been admitted as a lawyer at the Athens Bar Association (2013) and the New York State Bar Association (2015). Whether as a trainee, including an internship at the United Nations High Commissioner for Refugees Office in Greece (2008-2009), or, at the present, an academic fellow and counselor at law, she has consistently sought active involvement in activities touching on International and European affairs. Especially, since 2012 she has conducted research on several topics of International and European Affairs, including at the position of research assistant for the Center for Technology, Innovation and Competition of the University of Pennsylvania (2013), as well as, at the position of research fellow for the Laboratory of Eastern Mediterranean, Middle and Major East, and also, as researcher for EU Jean Monnet and Erasmus+ projects (2016-2019) of the University of Piraeus focusing on issues of international law, international relations and European policy, further enriching her skills on the basis of sessional lectureship for joint regional Eastern- Mediterranean Jean Monnet project for international students on issues of “EU, European Neighbourhood Policy and Eastern Mediterranean” (2020-2021). Additionally, she has served as in-house counsel for one of the biggest TV channels in Greece broadcasted internationally (Alpha Satellite Television S.A.) further providing ad hoc legal services for affiliated production and publishing companies (2013-2016), and also, she has been providing academic and teaching support focusing on issues of “Νegotiation and Mediation”, as part of her respective fellowships with the graduate programs in Energy: Strategy, Law and Economics (2017-2021), as well as, in International and European Studies (2020-2021) of the Department of International and European Studies of the University of Piraeus.