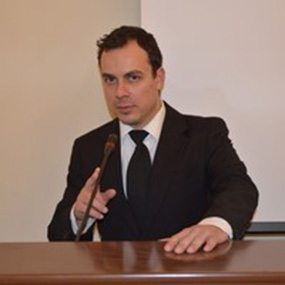 Dr Plakoudas is employed as an Assistant Professor of International Politics and Security at the American University in the Emirates (AUE) in the UAE and serves as a Program Director of the Bachelor in Security and Strategy (BSS) at the College of Security and Global Studies (CSGS). He was employed previously at the University of Macedonia as a post-doctoral researcher (2015-2016) and at the National Defense College (ΣΕΘΑ) in Greece as a fixed-term lecturer (2015-2016). And in recognition of his excellence in teaching, he was awarded the status of the Associate Fellow by the Higher Education Academy (HEA) in the UK.

Dr Plakoudas specializes in War (in particular Insurgency / Counter-Insurgency and Terrorism / Counter-Terrorism) and Politics (in particular Crisis Decision-Making). His research publications include 3 books (two of them under the internationally renowned publishers IB Tauris and Palgrave Macmillan), 4 chapters in collective opuses (one of them under NATO’s Defense College in Rome) and 10 articles in peer-reviewed journals (e.g. Studies in Conflict and Terrorism, Journal of Small War and Insurgencies etc.).

Dr Plakoudas officiates as a Vice President for the Center for International Strategic Analyses (KEΔΙΣΑ) in Greece and co-operates with top think tanks for Policy-Making in Greece – the Institute of International Relations (ΙΔΙΣ) and the Hellenic Foundation for European and Foreign Policy (ΕΛΙΑΜΕΠ). He also serves as a reviewer for the Journal of Byzantine and Modern Greek Studies (JBMGS), Cogent Social Sciences and the Journal of Global Security Studies (JGSS). In the past he used to serve as an advisor for the Hellenic National Defense General Staff (ΓΕΕΘΑ).