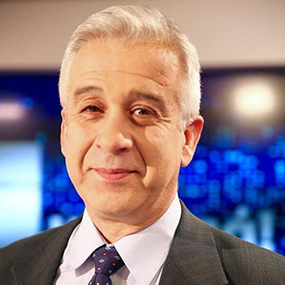 Kostas Ifantis is Professor of International Relations, at Panteion University and a Visiting Professor at Kadir Has University, Istanbul since 2012. He worked as a Lecturer in International and European Politics at the Universities of Bradford and Portsmouth, UK (1991-1995). He served as an Assistant and Associate Professor of International Relations at the National and Kapodistrian University of Athens between 1997-2015. He was a USIA Visiting Fellow at the Center for Political studies, University of Michigan, Ann Arbor (1998) a Fulbright Visiting Scholar at the John F. Kennedy School of Government, Harvard University (2002), an IAA Senior Research Fellow at the LSE (2009), and a Visiting Professor at the University of Seul (2016). Between 2005 and 2008 he served as Director for Research at the Policy Planning Center of the Greek Ministry of Foreign Affairs. His papers have appeared in edited books and in periodicals such as Democratization, Turkish Studies, Journal of Southeast European and Black Sea Studies, Perceptions, International Journal etc. His books include Greece in a Changing Europe, (co-ed., Manchester University Press, 1996); NATO in the New European Order, (Macmillan, 1996); Theory and Reform in the European Union, (Manchester University Press, 2002); and NATO and the New Security Paradigm, (Frank Cass 2002); Turkish-Greek Relations: The Security Dilemma in the Aegean, (co-ed., Routledge, 2004); International Security Today (co-ed., SAM, 2006); Multilateralism and Security Institutions in an Era of Globalization, (co-ed., Routledge, 2009); International Political Theory: The charm of realist discourse (in Greek, 2012); Is Europe Afraid of Europe? (ed., Wilfrid Martens Center, 2014); The Syrian Imbroglio: Regional and International Strategies (co-ed., Florence, European University Institute 2017).