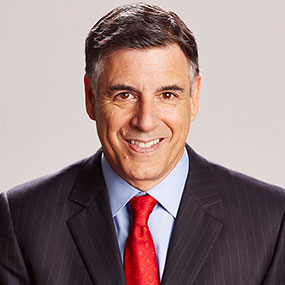 Markos Kounalakis, Ph.D. is an author, publisher, journalist, and international relations scholar. During the 1980s and 1990s, Dr. Kounalakis worked as a foreign correspondent, covering wars and revolutions for Newsweek and as the NBC-Mutual News Moscow correspondent.

He reported on the fall of the Berlin Wall and lived in the Soviet Union during its collapse. His assignments included the overthrow of communism in East Germany, Czechoslovakia, Hungary, Romania, and Bulgaria. He reported the Soviet war in Afghanistan and the outbreak of ethnic strife and war in Yugoslavia. He was based in Rome, Vienna and ran Newsweek’s Prague bureau. Dr. Kounalakis became president and publisher of the Washington Monthly magazine and chairman of the Internews Network.

Dr. Kounalakis is a visiting fellow at the Hoover Institution and a Central European University senior fellow at the Center for Media, Data and Society. His globally-syndicated foreign affairs column appeared weekly in the Miami Herald and McClatchy. He recently served as a presidentially appointed member of the Fulbright Foreign Scholarship Board and remains an active board member at USC’s Annenberg School for Communication and Journalism, USC’s Center on Public Diplomacy, and at America Abroad Media. He lives in San Francisco with his wife, California’s Lt. Governor, Ambassador Eleni Kounalakis, and their two Mandarin-speaking teenaged sons, Neo and Eon. 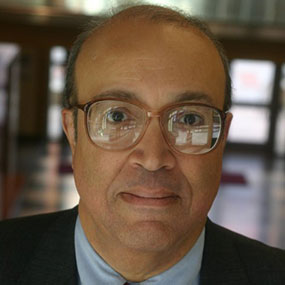 Adam Clayton Powell III is Director of Washington Programs for the University of Southern California’s Annenberg Center for Communication Leadership and Policy, leading USC’s multi-disciplinary initiatives on election cybersecurity and digital inclusion. Earlier, he served as USC’s Vice Provost for Globalization, opening new USC facilities in Shanghai and Seoul; and Director of the USC Integrated Media Systems Center, a National Science Foundation Engineering Research Center located in the USC Viterbi School of Engineering. Previous and related roles included President of the Public Diplomacy Council of the U.S.; Vice President for Technology and Programs of the Freedom Forum and Newseum; Executive Producer at Quincy Jones Entertainment; Vice President for News and Information at NPR; News Director of all-news WINS radio in New York; and Manager of Special Events and Political Coverage for CBS News. 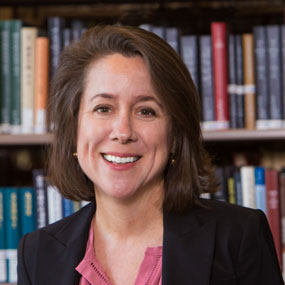 Katherine Fleming is the Provost of NYU, where she is also the Onassis Professor of Hellenic Culture & Civilization in the Department of History. In Greece she is the co-founder and co-director (with Sophia Papaioannou) of Istorima (www.isotrima.org), Greece's largest oral history project. A specialist on the history of the modern Mediterranean, she is the prize-winning author of numerous books and articles, the recipient of two honorary degrees (PAMAK and Ionian University), and a Chevalier in the French Legion of Honor. An elected member of the American Academy of Arts and Sciences, Fleming was awarded honorary Greek Citizenship by the Hellenic Republic in 2015.